What a week. Rain, wind and more rain. I was wondering whether I’d make it here this week as I wasn’t going to risk destroying an expensive camera in the deluge. The Propagator, who hosts this meme over at his blog, had a stern word with the weather (and maybe did a stop-the-rain dance although no photographic record of that will exist) and it laid off long enough to get out and take some photographs yesterday. Incidentally, everyone participating in the meme links to their blogs in the comments over at The Propagator’s blog so a few visits there will give you plenty of added delights to view.

Now this meme is about what’s around on Saturday. Last evening I sat down with a glass of wine to write some descriptive text around the photographs I’d taken. Then I scheduled a post, in case, but determined to raise my carcass out of bed early (two days running is an effort; I was up before 6 am yesterday) to check that everything was still here.

Well scrub the photo of the lovely red poppy that had opened yesterday morning. The rain removed the petals thoroughly before 7am today. And scrub my final day lily pic for the same reason. Fortunately, I had some reserves ready in case, even if one was an accident (which is still looking good). I have not used all the reserves. Maybe next week ….

So here goes. I shall announce the results in no particular order.

Woodstock, as I have now named the wood pigeon, has become a regular visitor to the garden. He calls in early each afternoon for his handful of sunflower seeds. And does no more damage to plants. Totally oblivious to resident cat watching from not that afar, he just waddles around as if hoping for a bit of help to get his rather fat self back in the air. How do you tell a wood pigeon that whilst resident cat isn’t a bird-taker, there is another neighbourhood kitty with a reputation for being a mass-murderer?

With that thought, I’ll leave you till next week. Happy gardening.

*PS You have heard of Chesney Hawkes, haven’t you? There’s no need to answer that rhetorical question. Just look him up if needed. 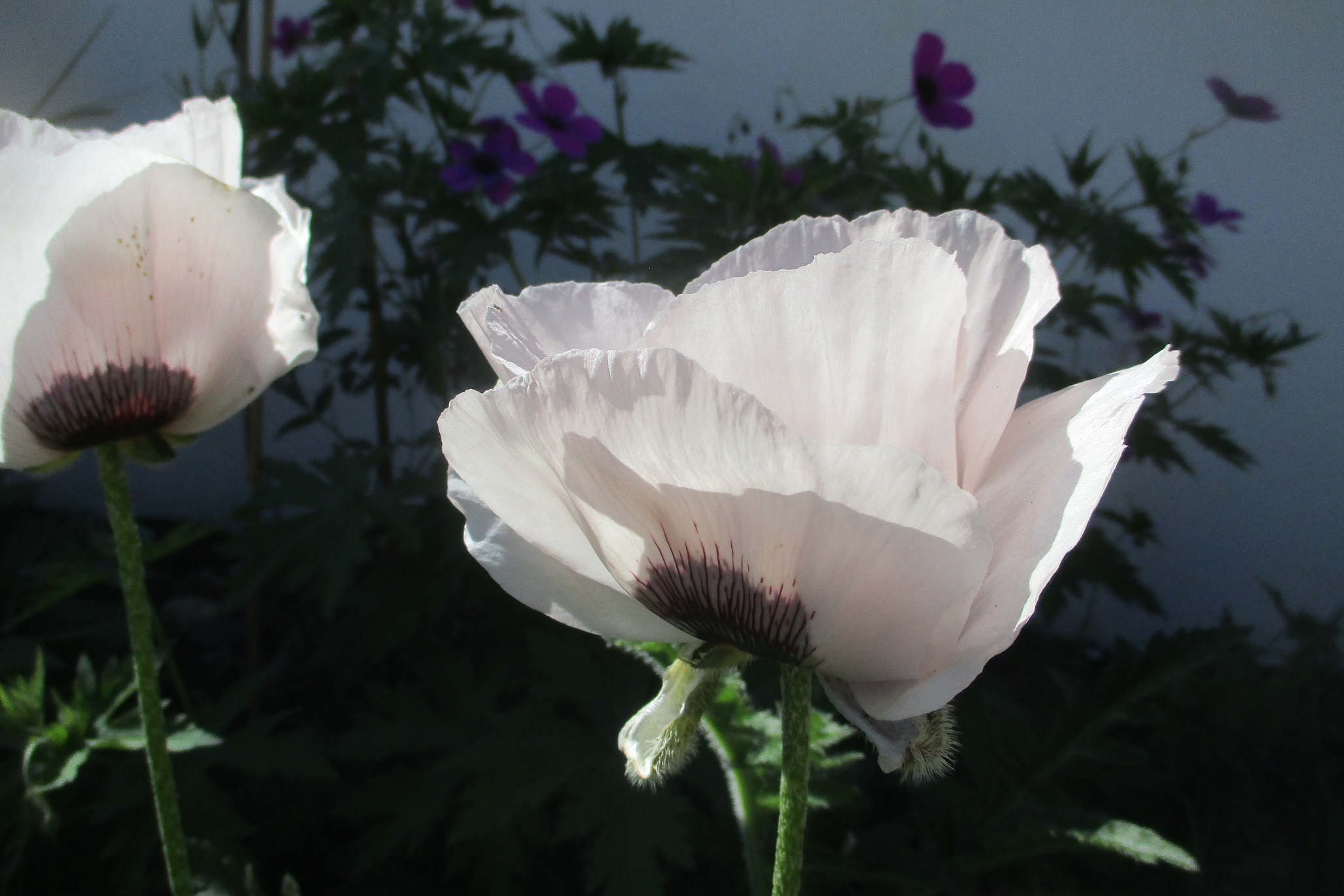