In my first post in this short series, I introduced you to WoodblocX. Before getting on with the job of building what’s become known as Edifice2, I’m going to run through the preparation stages.

The great thing about building raised beds is that, a lot of the time, you don’t need to worry about what the soil underneath is like. The principle of “no-dig” gardening is covered in many blogs, of which my favourite is Sharpen Your Spades. As a former allotmenteer, I’ve been following Richard’s blog since he took on an allotment and embraced no-dig gardening as he initially responded to the trial and tribulations of flooding and went on to achieve great things. I’m not into growing veg now but have embarked on the construction of slightly more complex raised beds as part of the hard-landscaping of my garden. The common ground is that I can avoid some of the hard labour involved in changing a “landscape” of over-densely-packed trees and overgrown shrubs into something I can cope with more easily in my advancing years. I no longer have to attempt to bend the stiff back quite so much.

In addition, this approach allows me to overcome the limitations of a heavy clay soil and to grow some types of plant that would simply not survive, let alone thrive, otherwise. I will end up with a total of six planting areas. Three will contain identical arrangements of plants; two will be dedicated to alpines and the final one to a mix of herbaceous perennials and seed-sown annuals. At least, that’s the plan; the final bed may soon end up with no seed-sowing space.

But there is still some work to be done. And, of course, preparation is the key to any major project be it gardening or messing around with the inside of the house.

Begin at the Beginning

A year ago, the larger part of my front garden (the driveway dissects it into two unequal parts) was dominated by a tree. A whitebeam. This was taller than the house. When I bought the house as a new build, 26 years ago, this tree was protected by a clause in the deeds that said I could not remove it for a period of time without replacing it with an “identical” tree of comparable size to that which it had reached at the time of removal.

I had a love-hate relationship with it. On the one hand, it was a tree and trees are good for the planet. But it wasn’t good for my temper! It was unremittingly surface, and above surface, rooting, penetrating the lawn of not only my property but that of my neighbour. It rarely came into leaf before July and by mid-August it was shedding leaves at such a rate that vacuuming the street with a shredder-vac that reduced the leaf bulk by 90% (according to the manual) produced about 2 cubic metres of crushed leaves every day. I used to celebrate the drop of the last leaf at the beginning of September. It threw everything around it into shadow for a couple of months. A neighbouring malus has grown in a decidedly lop-sided fashion (that’s another story). And the roots ……

Last year, the protection clause in the  deeds having expired, I decided it had to go. So I cut it down. I was quite pleased that, at 63, I’d done the deed myself.

The stump, however, remained, injected with stump killer as I wasn’t certain that the tree would not regrow – it had started to shoot from some of my initial cuts.

“Stumpy” languished while I pondered what to do next.

That side of the front garden was fronted by a berberis hedge. In history, that hedge had formed the backdrop to the goal set up by neighbourhood children in their game of street football. It had a gap which, after several years of waiting, was clearly not going to fill.

Surrounding the stump was a gravel garden – my attempt at something out of a Beth Chatto manual. It was a mess.

And so, as I awoke one mid-winter morning and, throwing aside Laurie Lee, decided on a raised bed. By WoodblocX of course. So my imagination ran riot (as it does – it’s the only part of me capable of running riot these days!).

The hedge would go (at least this would save me the twice- or thrice- or morce-yearly trimming job. The gravel area would go but the joys of raised beds meant it would be buried rather than having to hire a skip to remove it down to earth.

Getting rid of the hedge was easy but the stump defeated me. It’s that “white” bit at the top of the yellow-boxed area. The lump of rockery stone remaining at the front has been relocated along with the rest of the rockery stone.

I started to dig around “stumpy” as it became known but each shove of the spade revealed more problems.

So after a few weeks more of pondering, and several bottles of wine, I decided to call in the experts.

The experts came in the form of Welsh Tree Felling. I’d kept notes of this company for some time. It pays to have a little list of reliable (and reputable) contractors for when you need them and if you’re in South Wales and need a tree surgeon type, you could do a lot worse than ask them to do the job for you. They don’t just fell trees. They lop, prune, fell, remove stumps and whatever. They give a quote and they stick to it (as it happened, they did a lot more work than I’d expected and, when I offered them a bit extra, refused as “a quote’s a quote”).

They dug out a far greater area than I’d expected:

And thank God! For if they’d only done what I expected, I’d have encountered major problems later. But having done the exposee, in came the machinery:

And, once they’d tidied up, raked, levelled a fair bit and reached a state that they were happy with, I was left with:

The photo doesn’t show the root removal work they also did for me in next door’s garden.

Then it was over to me. With the heavy labour taken care of, the prime considerations were

Levelling was merely a lot of raking. Compacting was a bit more problematic as the ground had been heavily disturbed and only appeared level because the sawdust resulting from the stump-grinding had been raked out.

But where there’s a will, there’s a way. Careful positioning of scaffolding boards (they’re strong) and then careful driving of a car over aforementioned scaffolding boards did the trick. There were still some dips but these were dealt with using sharp sand. WoodblocX recommend that a compacted layer of 10-20mm of sharp sand is a good starting point to the build. You won’t always need it but it helps. In my first raised bed build, I did some serious ground-levelling using kerbstones! For this build, I had bags of sharp sand, some bags of gravel and some planks of wood. We may come to the wood if I find I have to use it.

And so, the parts arrived.

So learn from my mistake – unpack everything with an eye to what you’ll be doing next. You might sort things into the different sizes or you might, if you have space and the inclination, sort them into piles for each layer of the build. This isn’t too hard to do if you count up the different coloured bits on the plans.

My plans for edifice2 involved a quarter circle bit on the end. Did I need it? Well next to the drive I wanted a bit of leeway for swinging the car into position. And WoodblocX do curves and circles now. So why not. My safety margin. And it looks good too!

But curves and circles involve assembling lots of little bits which, with the best will in the world, you’re not going to achieve on anything other than the solidest of solid surfaces. So the curve is built wherever you have a hard surface and then hoiked into position. So I built the curve:

Building that bit took me five minutes. It would have been quicker if I’d unloaded the pallet properly. No sucky sweets (see below) were consumed during this bit.

WoodblocX also recommend that you insert the dowels into the bottom layer of parts before you position them. This is probably the most complicated bit as accurate positioning of dowels is important and there are a fair number of bits making up the layer. I knew I’d be checking and double-checking everything against the plan so allowed an hour for this part of the job and opened the pack of sucky sweets (see below). It’s a lot quicker in the end to get this job done in one fell swoop. Dowelling each block just before you put it into place will take a lot longer in the end.

As you will discover in the next episode, I came up with a system of numbering each blocX and marking that number on the plan so I’d eventually get each in the right place.

This actually took me 50 minutes, slightly less than I’d allowed for but I finished the sucky sweet anyway.

The guys at WoodblocX always include a surprise package in their deliveries.

Nine Victor Meldrew certified sucky sweets. If I suck one an hour, I’ll have at least one sucky sweet left over at the end of the main build. I’ve sucked one so far. I can exercise restraint Gill!!

In the next instalment I get going on the main build. And decide that I need to make edifice2 taller. Is Tuesday next week OK for the next post? Great.

7 thoughts on “My WoodblocX Raised Bed (aka Edifice 2): Episode 2 – Foreplay” 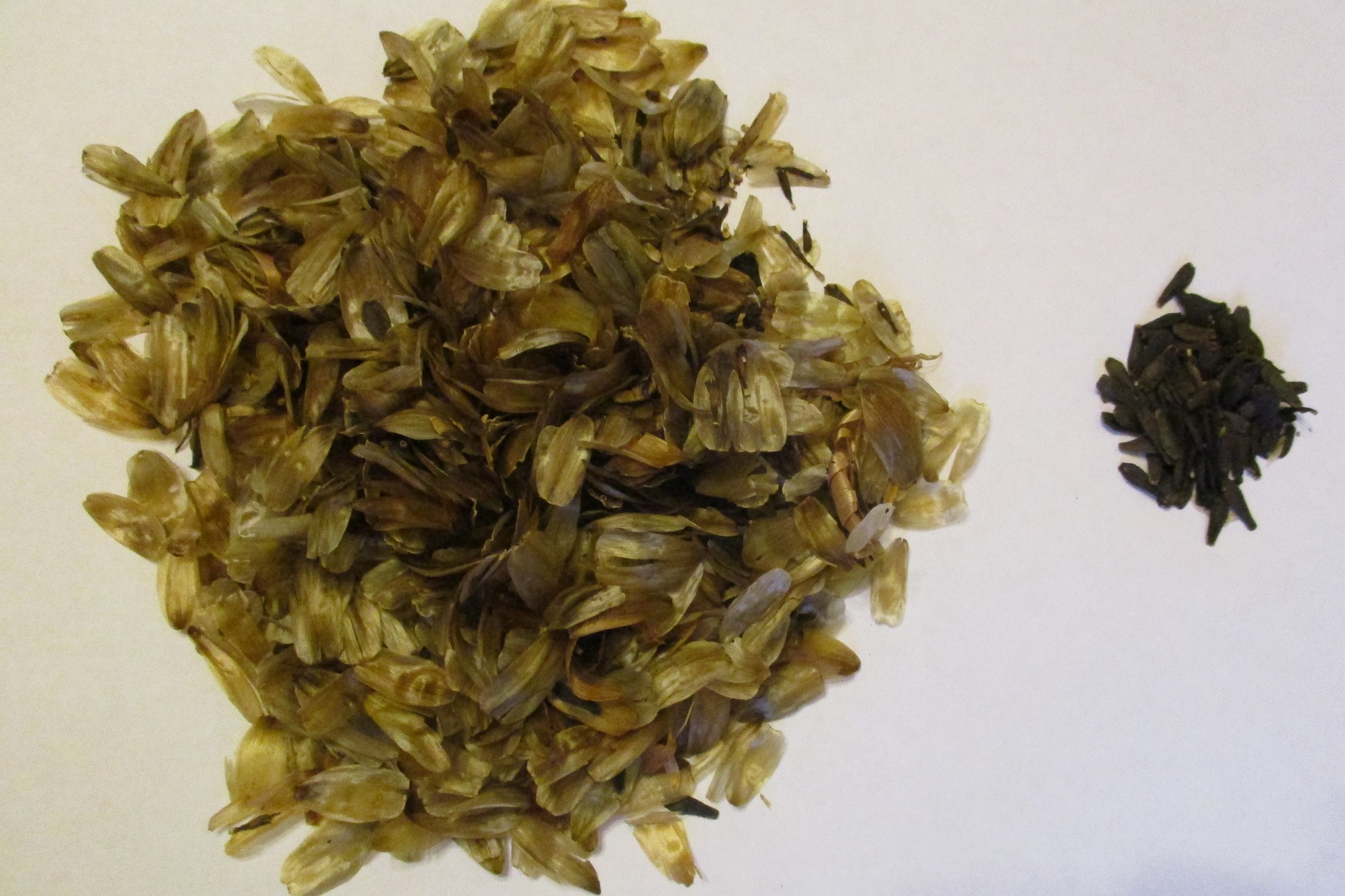